The earlier non-cycling cows are treated, the better the return on investment. Economic analysis has shown that it is more profitable to treat non-cycling cows as soon as possible, regardless of your calving pattern.

Pregnancy: a surprisingly frequent cause for apparent non-cycling cows. All non-cyclers should be vet-checked prior to any treatment to avoid loss of a potential pregnancy.

Reproductive problems: cysts, infections or other issues with the reproductive tract can lead to non-cycling.

Other health problems such as lameness, can influence apparent cyclicity.

Cows are cycling but heats were missed.

Late calving cows are less likely to cycle in the first month of joining. Speak with your veterinarian about how to effectively manage late-calving cows prior to the start of joining. 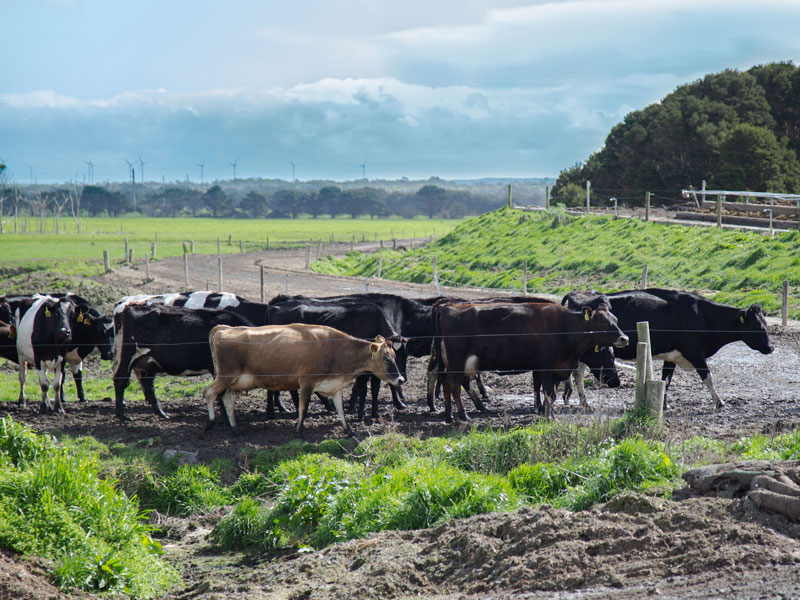 WHEN SHOULD NON-CYCLING
COWS BE IDENTIFIED?

Prior to the start of mating: using tail paint and pre-mating heat detection. Cows not showing any signs of oestrous should be treated 10 days prior to mating start date. They should then have their first heat at the start of mating.,/p>

All cows which have not cycled in the first 21 days of mating: these cows should be vet-checked as waiting for these cows to cycle on their own will cost you money.

The main treatment for non-cycling cows is the Ovsynch program of which there are various different modifications.

To decide the exact program and timing to treat non-cycling cows it is important you talk to your vet prior to the start of mating. 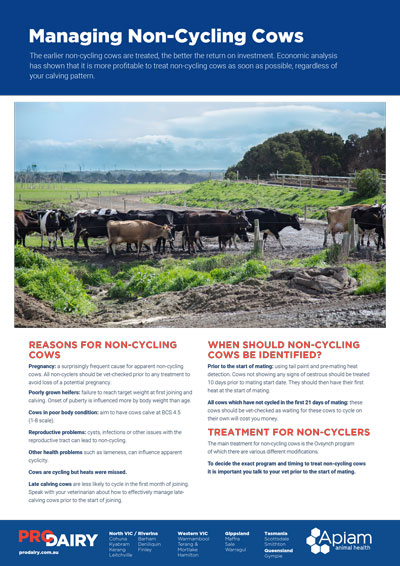