Which disinfectant for your calf shed?

(eg. Virkon-S): Effective against many bacteria, a broad range of viruses, fungi and bacterial spores. Relatively stable in the presence of organic material and are commonly and effectively used to disinfect calf sheds. Can cause moderate skin irritation and damage some metals.

(eg. Household bleach): Eliminate most viruses, bacteria, moulds, and algae but not bacterial spores. Good disinfectants on clean surfaces and are more active in warm water. Can irritate the skin and damage clothing, rubber goods and some metals. Chlorine-based disinfectants are generally compatible with soaps but should never be mixed with acids. They are ideal for disinfecting feeding equipment which has already been cleaned with soapy water.

Generally active against bacteria, some viruses, and fungi but not bacterial spores.
Good activity in the presence of some organic material but are ineffective against rotavirus which can limit their use in calf sheds.

Traditionally used as antiseptics and disinfectants but are less effective in the presence
of organic debris, limiting their use as a disinfectant for calf sheds.
Generally less toxic than other disinfectants but can stain clothes and some surfaces.
They are ideal for the disinfection of calf navels (in a 7% solution). 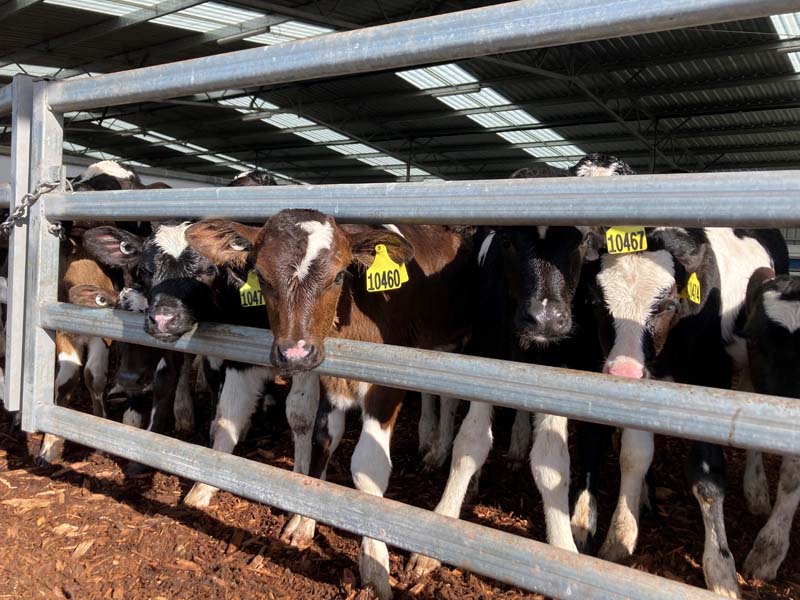 DISINFECTANTS “WILL NOT CLEAN DIRT”

All organic material including soiled bedding and dried manure must be removed prior to disinfection. This means all walls and floors should be washed thoroughly with soap and water, and allowed to dry prior to disinfectant application.
Many disinfectants are used for varying purposes on dairy farms. Some are more suitable for housing facilities and others for feeding equipment. It is important to know which disinfectant is suitable for what purpose and which mixing rates are safe to use and when.

CAN I USE LIME?

Lime has a positive drying effect and raises surface pH, which helps inhibit bacterial growth. However there is little evidence to suggest that lime reduces the number of pathogens and it should be used in conjunction with a suitable disinfectant.
Regardless of the disinfectant used always read the label carefully and wear the appropriate personal protective equipment. 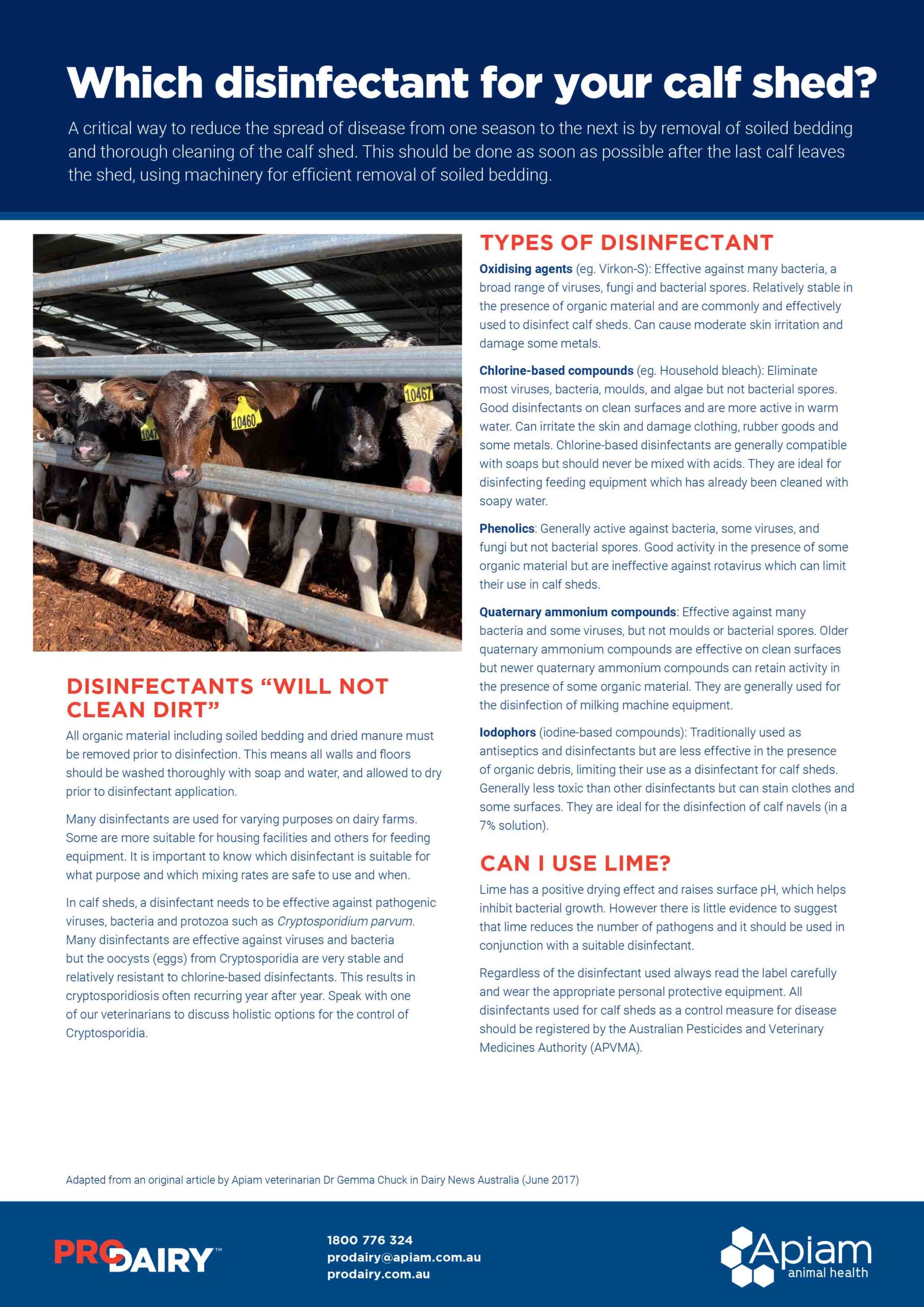 All disinfectants used for calf sheds as a control measure for disease should be registered by the Australian Pesticides and Veterinary Medicines Authority (APVMA).