One vital aspect of animal welfare is the prompt recognition of disease and the timely administration of the correct medicine for that disease. This article discusses the terms antimicrobial, antibiotic, antiparasitic, anti-inflammatories and vaccines to help producers make informed decisions (in conjunction with their veterinarian), as to which treatment plan would be most suitable for specific diseases on their farm.

An antimicrobial is an agent that kills or inhibits the growth of a microorganism. They are classed according to their target microorganism and include antibiotics (also known as antibacterials), antifungals, antivirals and antiparasitics. Antifungals and antivirals are not routinely used in the dairy industry. 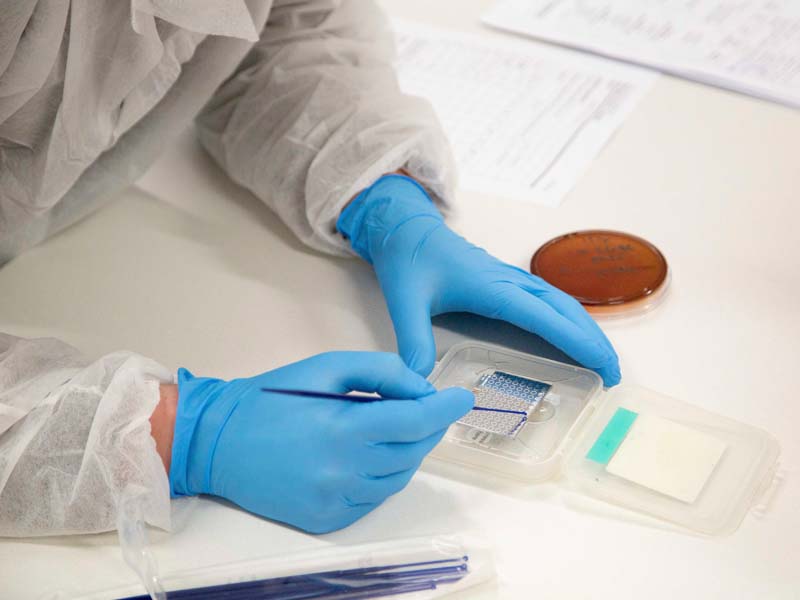 Antiparasitics are effective against internal and external parasites. These parasites include protozoa (such as cryptosporidia), gastrointestinal worms and ectoparasites (such as lice and ticks). They tend to have a narrower range of activity and are usually effective against a limited number of parasites within a particular class. They are used widely in dairy cattle, particularly in youngstock, for the control of worms, coccidiosis, cryptosporidiosis and lice. There are many formulations which can be given orally, injected or used topically as a ‘pour-on’. Examples include Halocur® (Coopers Animal Health), Baycox® (Bayer) and “drenches” (e.g. Cydectin®, Virbac; Dectomax® (Zoetis); Panacur® (Coopers Animal Health).

Anti-inflammatory drugs relieve pain by reducing inflammation. Anti-inflammatories used in cattle are also known as NSAIDs (nonsteroidal anti-inflammatory drugs). They are commonly used in elective and emergency procedures. Despite the many names for these drugs and the common prefix (“anti-“) they do not fight bacterial, viral or parasitic infections and development of resistance is not applicable. Research has shown that their use has had a beneficial effect on outcome, recovery time and animal welfare. Examples of anti-inflammatories commonly used in dairy cattle include ketoprofen (e.g. Key Injection®, Ceva Animal Health), meloxicam (e.g. Metacam®, Boehringer Ingelheim) and flunixin meglumine (e.g. Flunixon®, Norbrook). 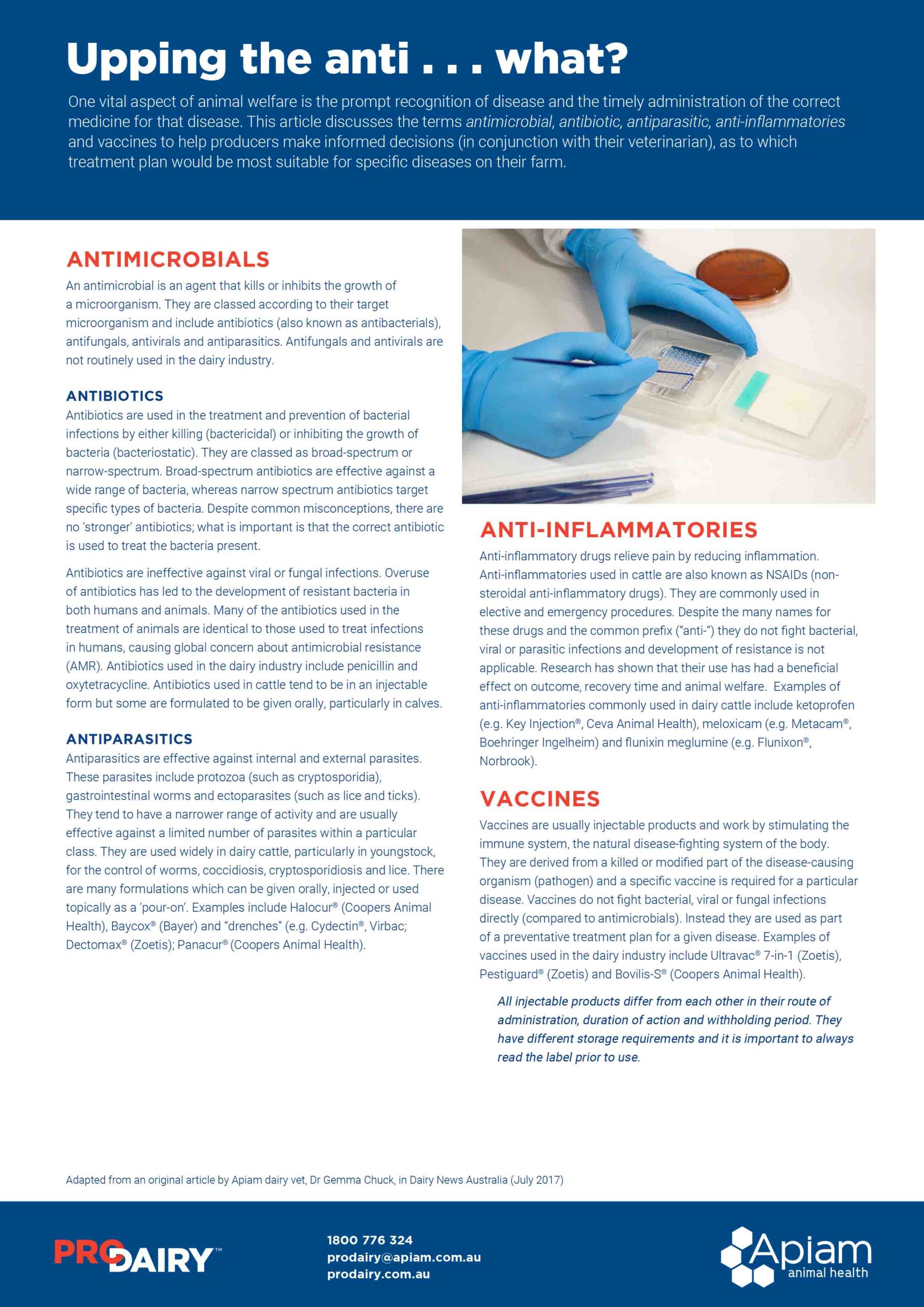 Vaccines are usually injectable products and work by stimulating the immune system, the natural disease-fighting system of the body. They are derived from a killed or modified part of the disease-causing organism (pathogen) and a specific vaccine is required for a particular disease. Vaccines do not fight bacterial, viral or fungal infections directly (compared to antimicrobials). Instead they are used as part of a preventative treatment plan for a given disease. Examples of vaccines used in the dairy industry include Ultravac® 7-in-1 (Zoetis), Pestiguard® (Zoetis) and Bovilis-S® (Coopers Animal Health).

All injectable products differ from each other in their route of administration, duration of action and withholding period.
They have different storage requirements and it is important to always read the label prior to use.