Oral rehydration solutions, commonly known as electrolytes, are considered the mainstay of treatment for calf diarrhoea or any dehydration due to disease. There is a vast array of products on the market, each with their own ‘special recipe’ which comes at a varying degree of cost.

WHAT DO ELECTROLYTES DO?

The aim of electrolyte treatment is to rehydrate the calf, restore the pH of the blood and provide some energy. Calves with diarrhoea will be dehydrated due to ongoing fluid losses. Diarrhoea also results in the loss of alkaline salts causing an imbalance in blood pH, which becomes more acidic. This acidity (called “metabolic acidosis”) can be exacerbated further by accumulation of other acids due to impaired digestion and absorption of nutrients. In healthy animals, blood pH is tightly regulated and even a small change can result in depression, collapse and death. It should be noted that the energy provided by electrolyte treatments is insufficient to maintain a calf for any period of time. Resumption of milk feeding is essential to provide the energy required for gut regeneration, recovery and growth.

Calves with early onset mild diarrhoea will increase their water intake, helping replace lost fluid. Clean, fresh water should be available to all calves from birth and it is often surprising how much water a newborn calf will consume if it is readily accessible. Electrolyte treatment in the form of oral rehydration solutions actively replace the fluid lost with diarrhoea. Commercially available electrolyte gels and pastes will not actively provide water and rely on voluntary ingestion which can be compromised in calves with moderate to severe diarrhoea. 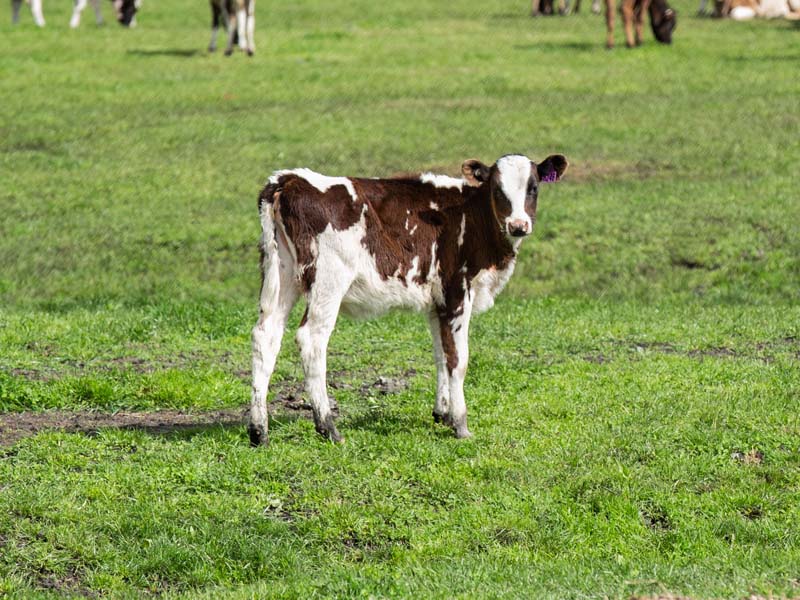 Sodium facilitates the passive absorption of water from the small intestine, promoting rehydration. Commercially available electrolytes often contain sodium chloride for this purpose. However, sodium is tightly regulated within the body and problems can arise if too much or too little are present in the blood.

The majority of electrolyte treatments contain bicarbonate (in the form of sodium bicarbonate) which directly alkalinises and restores blood pH. However, bicarbonate (and citrate) inhibits the formation of the casein curd or ‘milk clot’ in the abomasum. Therefore electrolyte products containing bicarbonate or citrate should be fed 3-4 hours either side of a milk feed. Other alkalinising agents include acetate and propionate which also act as an energy source. Acetate is the most easily metabolised and does not interfere with milk digestion. When treating calves with mild metabolic acidosis, acetate and propionate are the preferred alkalinising agents. In addition to their alkalinising effect, they also promote the absorption of sodium and water from the small intestine. Acetate and propionate do not alkalinise the abomasum and intestine which reduces the risk of bacterial proliferation in these organs.

Glucose (or dextrose) acts as an energy source but also helps in the absorption of sodium, which in-turn promotes water absorption and rehydration. As with sodium, the level of glucose in the blood is finely controlled and an oral electrolyte treatment which contains too much glucose or is incorrectly mixed can exacerbate diarrhoea. 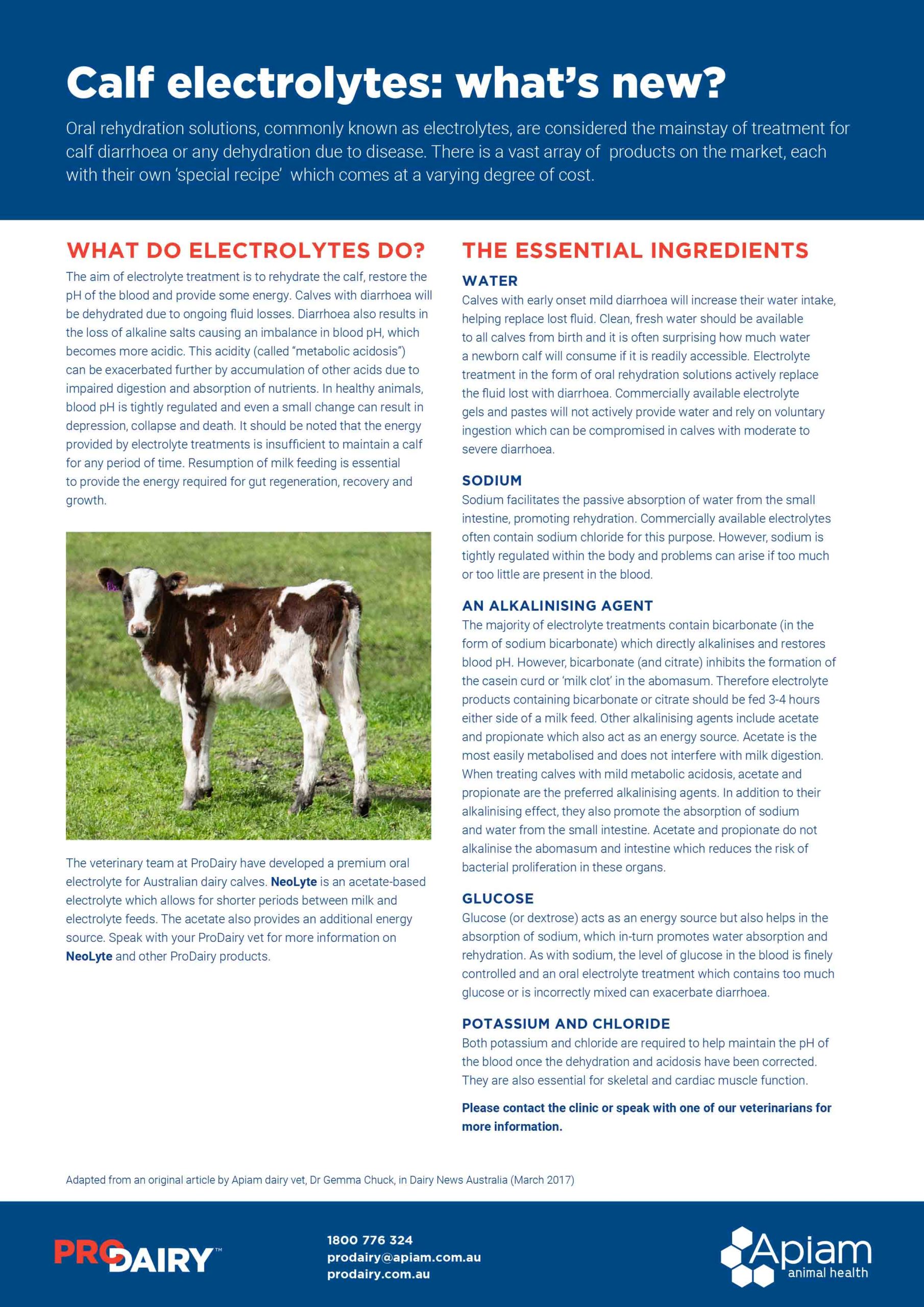 Both potassium and chloride are required to help maintain the pH of the blood once the dehydration and acidosis have been corrected. They are also essential for skeletal and cardiac muscle function.

The veterinary team at ProDairy have developed a premium oral electrolyte for Australian dairy calves. NeoLyte is an acetate-based electrolyte which allows for shorter periods between milk and electrolyte feeds. The acetate also provides an additional energy source. Speak with your ProDairy vet for more information on NeoLyte and other ProDairy products. 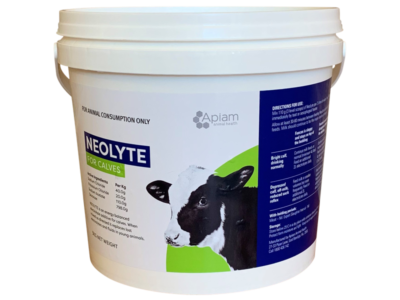 Please contact the clinic or speak with one of our veterinarians for more information.